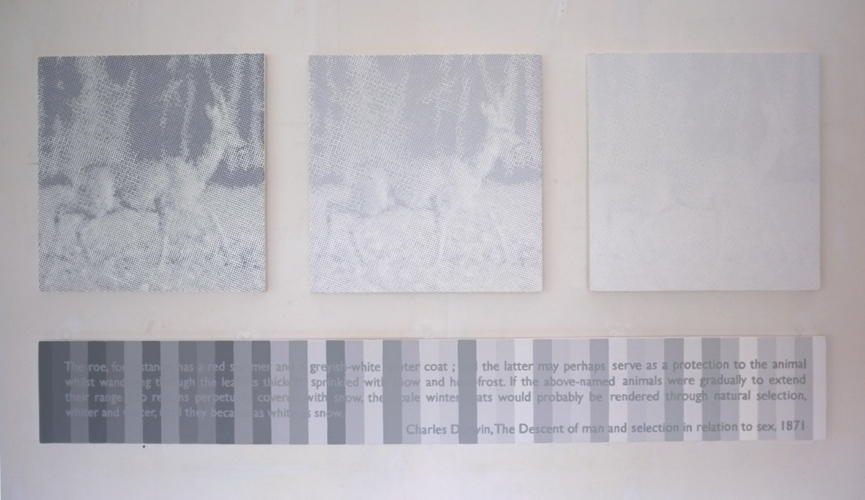 The roe, for instance, has a red summer and a greyish-white winter coat ; and the latter may perhaps serve as a protection to the animal whilst wandering through the leafless thickets, sprinkled with snow and hoar-frost. If the above-named animals were gradually to extend their range into regions perpetually covered with snow, their pale winter-coats would probably be rendered through natural selection, whiter and whiter, until they became as white as snow.